GAMEPLAY/MULTIPLAYER:
- Time penalties issued by the race admin are now served on the next pitstop as per real life.
Opens up the possibility of "pitstop ballasts" in organized events with mandatory pitstops.
Time penalties that are not served will be added to the total time on session finish as before.
- Server: fixed an issue with post-session state management in Multiplayer.
- Serveable penalties (DT, SG) are no longer forced into a to-serve state by default when the car is in the pitlane.
Avoids scenarios where cars can become compromised when receiving an admin penalty inside the pitlane or when already performing a pitstop.
- Server: post-race time penalties are now applied to the final results on session complete state.
NOTE: Final results are calculated when the last car on track crosses the finish line or when the "sessionOverTimeSeconds" phase is up.
NOTE: When post-race penalties are added to the car's total time, the penalty labels on the leaderboard/standings turn from red to grey.
- Severity of converted post-race time penalties are now track dependent to factor in longer pitlanes (e.g. at Spa).
- Server: detection of idle players so that the race complete state (and result generation) does not wait for the session overtime to be over if there are idle cars in pitlane.
- Revised polesitter side on all tracks (both Singleplayer and Multiplayer).
- Fixed an issue at Monza where the pitlane status occasionally failed to disable on pit exit.

UI:
- Penalty labels: changed background color to grey on session complete state to signify that the penalty has been calculated in the time displayed.
- View Settings page: reduced step intervals and quicker timing for press-and-hold on position/pitch selectors.
- Career pages now use a static series logo independently from the active series selected in the Single Player menu.
- MFD/Setup UI now reliably show the correct tyre data for all tyre sets used in Multiplayer driver swap scenarios even after non-driving clients dis-/reconnect.
- MFD pit strategy page will no longer autoselect the "Pitlimiter" row if the player already has that page selected before entering the pitlane.
Avoids unintentional deactivation of pitlimiter when modifying pit strategy upon entering the pitlane.
- Fixed MFD automatically jumping to pit page on pit exit if the player cycles to a different MFD page while still inside the pitlane.

GRAPHICS:
- Various texture memory footprint optimizations.
- Fixed an issue with the dirt texture of the Lexus RC-F GT3.
- Fixed a graphical error on the Nissan GTR GT3 (both versions).
- Fixed incorrect blurred rim behaviour on the Audi R8 LMS cars (both versions).
- Stationary cars in the pitlane will now become hidden when the player approaches them to facilitiate visibility and car positioning with overlapping/stacked pit positions in Multiplayer.

v1.5.6 changelog
MULTIPLAYER:
- Fixed an issue with receiving a time penalty when a car was performing a pitstop would clear without getting added to the pitstop time.
- Server: fixed an issue in the server that would prevent the result.json to be populated by lap data when the server was restarted due to all clients disconnecting.
- Fix to the crash that occurred with the Chevrolet Camaro GT4R on driver swap.
- Server: fixed erroneous car visibility in certain situations with limited opponent visibility.
PHYSICS:
- Fixed an issue when a puncture caused by excessive tyre wear would compromise the suspension geometry upon returning to the garage.
Similarly to other puncture scenarios (pressure loss and flatspotting), the punctured tyre is now "patched up" after a pitstop/in garage but remains in a critical condition and is not to be reused.
- Adjustments to wet tyre wear in different temperatures.
UI:
- Corrected credits page image compression.
- More detailed tyre condition indicator in the Pitstop MFD page for used tyre sets
NOTE: ranges from white to black based on the worst property of the worst tyre of the set.
- Corrected an issue that prevented dry tyre set 1 to be selected in the pitstop MFD when the car was on wet tyres.
- Fixed UI leaderboard erroneously showing placeholder entry with no laptimes to show.
GRAPHICS:
- Corrected windscreen wiper mask for the Mercedes-AMG GT4. 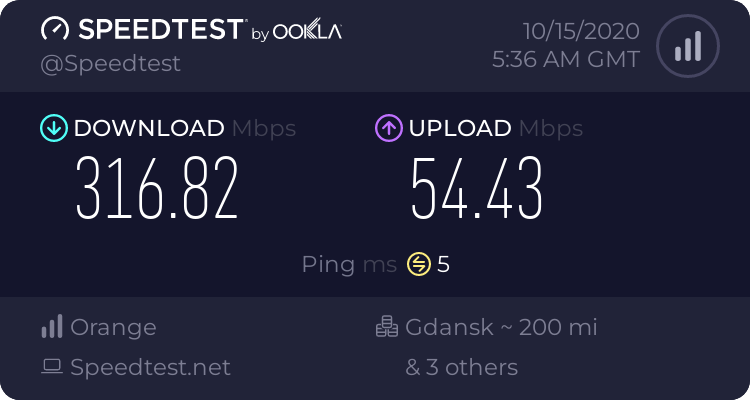 UI:
- Fixed a refocus issue with the MFD in Multiplayer when the session went from multi- to single-class due to all clients of a car group disconnecting.
- MFD info panel now includes stint timer and a track limits warning counter.
NOTE: the MFD info panel is recommended to be set to "Always visible" in the HUD settings.
- Pitstop MFD: added tyre pressure control for all tyres simultaneously.
- Fixed tyre status indicators not consistently showing wear on previously used tyres in driver swap scenarios.
- Fixed an MFD pitstop page issue that was allowing the same tyre to be selected and applied for an upcoming pitstop with the default setup loaded.

CONTROLS:
- Exposed "EnableManufacturerExtras" in controls.json; if set to false it prevents the game from making any calls to external libraries from wheel manufacturers (Logitech, Thrustmaster, Fanatec)
Useful for troubleshooting controller-related issues.
- Fanatec LEDs setting now defaults to off.


It's pretty straightforward really.
Cars that have been faster like Porsche, or Mercedes at Monza, Suzuka, Bathurst and so on, are now slower. That doesn't mean they are not very strong anymore, but their laptimes are much closer or identical to the other cars.
Some cars that were slower, like Jaguar at Spa, we've found the typo and are now competitive again.
Similar to GT4 cars. BMW gained some, Porsche Cayman lost some. KTM at Monza lost some
and so on, and so on... making the grid as compact as possible.

GAMEPLAY:
- Adjusted weather scaling with variable weather - weather patterns normalized to reduce the likelihood of unpredictable and extreme weather when using high weather variability.
NOTE: the user can now be more generous with cloud level and variability settings, the level of variation will retain its effect on the rate of weather changes but without the byproduct of accumulating into extreme scenarios.
- Unified and improved Singleplayer and Multiplayer weather model.
- Optimizations to the weather model to better align Single Player and Multiplayer behaviour.
NOTE: updates to the Server/Multiplayer side will be detailed in the Dedicated Server changelog and the Server Handbook.

PHYSICS:
- Fixed an issue with wind scaling versus weather variation in Single Player.

CONTROLS:
- Fixed a potential crash caused by an issue with the Logitech plugin accessing external libraries.